120: Leaders with Heart Don’t Seek Perfection in Themselves 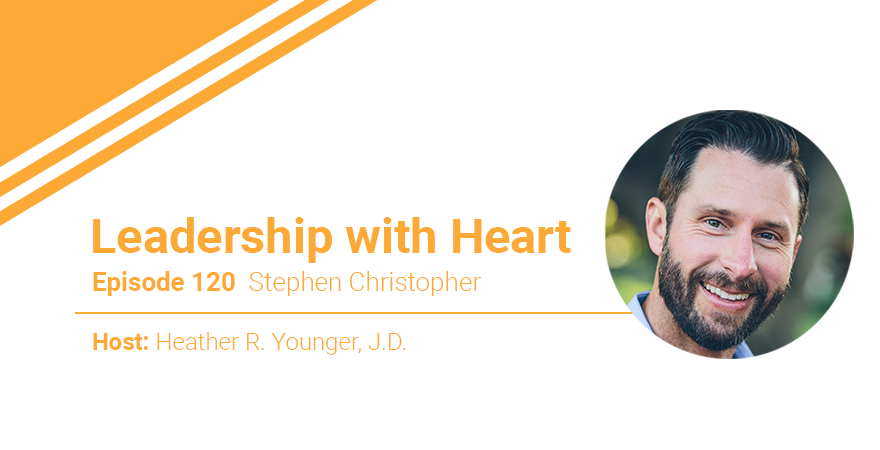 In this episode, Heather speaks with Stephen Christopher about his leadership style and where his drive to lead come from. He also shares about the time when he allowed himself to hold onto an employee who was not open to change, what he did to come out of that circumstance, and what he does now to stop himself for doing that.

Stephen Christopher is the founder of a multi million marketing agency, Wit Digital, that serves home service companies. With a huge passion in intuitive guiding and coaching, He has been able to inspire people to become more than they ever thought possible.

Stephen helps home service companies grow their business through proper digital marketing strategies customized based on their objectives. He also inspires leaders to learn that they’re in control of their lives and how to harness the power of creation to choose the life they desire to live.

Stephen also helps business owners exit the day to day of their business while still owning the company, as well as inspiring them to become more than they ever thought possible.

I’ve started a couple companies over the last 15 years and I’ve been running teams really ever since then. I’ve been leading groups of people for well over a decade, but at the same time, I feel like I’m still young, every single day.

I’m still learning because there’s always something new that comes up—like new situations where I can apply everything I have learned in the past but also learn something new from it. I guess, I’m just a student of leadership. 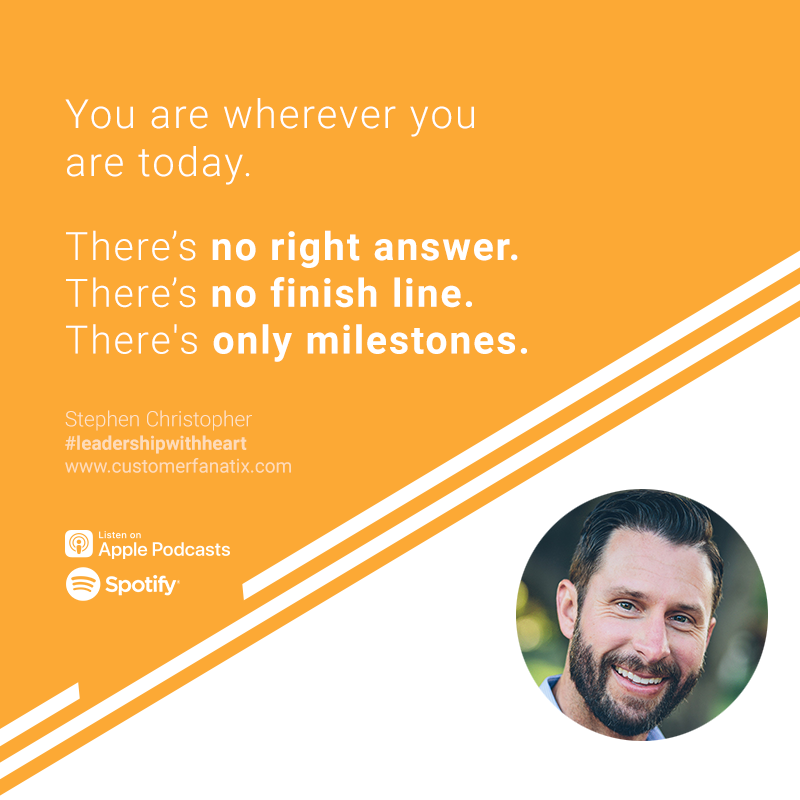 Be honest with your teams. They don't expect you to be perfect in every single moment. - Stephen Christopher #leadershipwithheart Click To Tweet

I don’t believe that I’ll ever be a graduated professional. It’s a constantly evolving learning experience, especially based on how the world outside changes.

We’re so far different than we were 10 years ago in the world. As those things continue to evolve and change, there’s never one answer that’s going to fit. And, there’s no finish line.

If somebody comes with a problem or an issue, or maybe they’re feeling great, oftentimes what they say the problem is, is really not necessarily the issue nor the root of it.

That’s why I’m always trying to figure out the more of the root, so we can address something deeper and apply them in a lot more areas. It takes a while to build up that level of trust to where your team will actually tell you the truth. It can take years. But it’s well worth it.

Be gentle on yourself. Take into consideration lessons we can learn from the things we did and how we can do better next time. But that’s it. It’s purely factual information. There’s no need to tie heavy emotions to it because that just drains our energy.

Also, it makes us a much less effective leader. Nobody wants to go to work or be led by who is down and not being the best version of themselves that they can.

We need every leader to get a little bit better every single day to make the world a better place. - Stephen Christopher #leadershipwithheart Click To Tweet There's nothing you can change about where you are today because the past has already been written. - Stephen Christopher #leadershipwithheart Click To Tweet

When talking about why, mine is to inspire people to become more than they ever thought possible. Leadership is like “I know that you can. I know you are capable more than you even are aware, and I’m going to offer you the ability to start to tease that out a little bit.”

The most exciting thing for me is having somebody come to us. You hear some leaders say like, “Oh, if only they would try a little harder. If only. How can I get them to work a little harder.”

People making those statements believe that if their people would work a little harder, they would give them a little bit more. But it’s the opposite.

You must give them more, then they will create the things that you’re looking for—better client relationships better output, more creativity and more innovation. You’ve got to put the first piece.

Connect with Stephen on LinkedIn