127: Leaders with Heart Don’t Give Away Their Influence 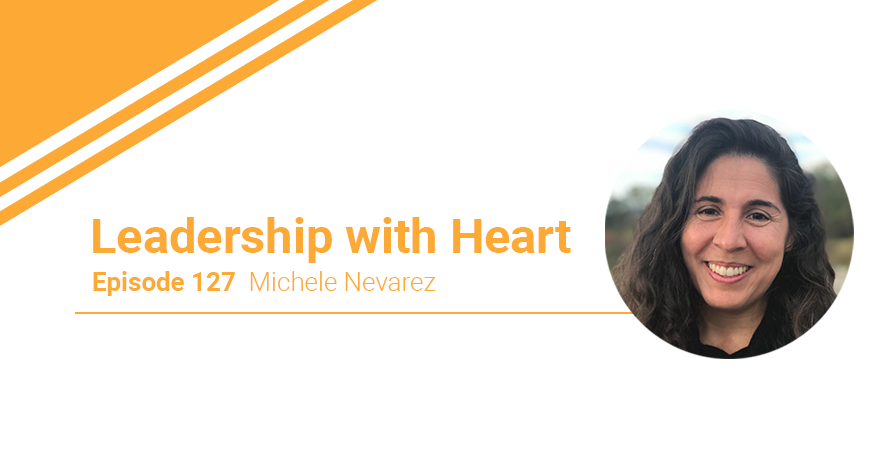 In this episode, Heather speaks to Michele Nevarez, CEO of Goleman EI about her drive to lead, her leadership style, a time when she was not the best version of herself and her interesting take on discovering what we can influence and impact.

Listen to this episode and strengthen your leadership with heart!
Michele Nevarez’ Full Bio

Founder and creator of the Goleman EI suite of Coaching and Training programs, Michele’s vision is to democratize EI as a means of igniting personal and global agency. This driving force for Michele is at the core of how Goleman EI’s programs translate emotional intelligence from theory to a powerful and practical vehicle for meaningful transformation and lasting habit change.

Michele received a B. A. in Religion from Bryn Mawr College and a Master of Science degree in Positive Organizational Development and Change from the Weatherhead School of Management, Case Western Reserve University.

I think I might have been too hard and a little too critical on the CEO’s that I have reported to in the past. My leadership journey has been marked with being the head of a startup, and having zero startup capital. That required a lot of creativity, hard work, and it’s taken a lot of twists and turns along the way.

Being a good leader, in general and as a CEO of a particularly small company, has a lot to do with how you interact with your people and how much time you spend interfacing with your team. 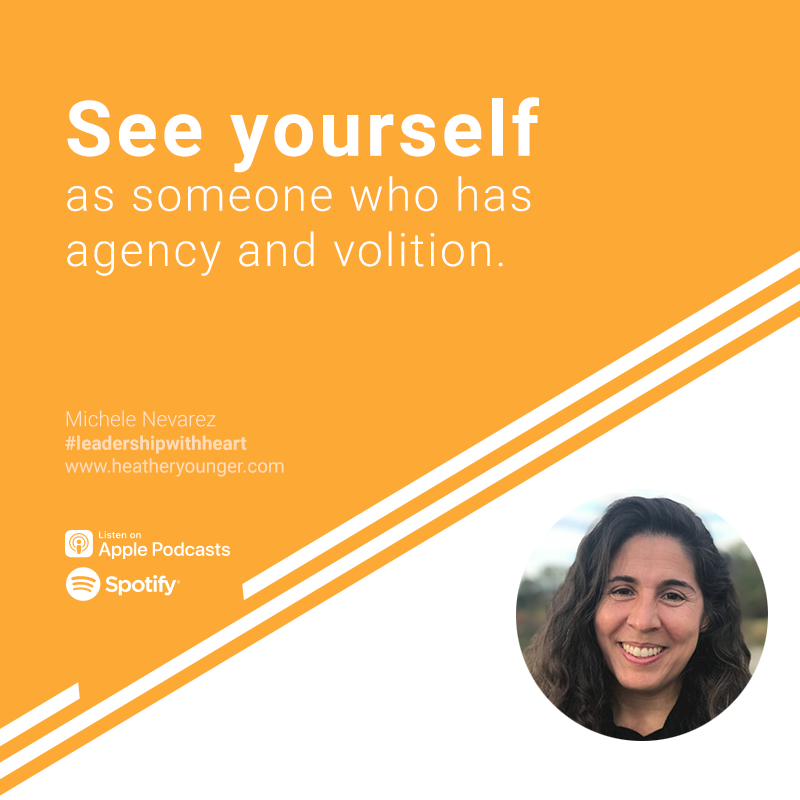 I have always been fascinated by what causes people to behave the way they do and how their beliefs factor in. - Michele Nevarez #leadershipwithheart Click To Tweet

My people tell me that I tend to have kind of an innovative streak, and I am definitely the kind of leader that leads with vision and innovation in mind. I have no shortage of ideas—that’s never the issue. It’s the ability to execute on them.

I am a “fly by the seat of my pants” kind of person, in my natural style. But anything to an extreme is also not great. There are potential negative behavioral implications to that.

I’m pretty hands off if I think the person has it covered, but I’m more inclined to be present to someone new, or a person doing initial setup. But I struggle with carving out enough time for all the important things. It’s actually a real challenge, to be honest.

My drive to lead is linked to my desire to do good in the world and to be of benefit to the maximum of my potential in this life. I want to do so in a way that amounts to playing big.

I come from a long line of really hard workers, migrant laborers during an era that was not so kind. That’s where my work ethic, the idea of fighting for the underprivileged, fighting for people who really need some ground cover, and believing that I have the ability to somehow provide something to that equation of benefit, come from.

As humans, we’re inclined to spend a lot of time worrying, persevering, or being focused on things that we don’t actually have that much control or any control over. So, it becomes a waste of our time and energy.

I always encourage my clients and the people who go through our program to think about influence more critically. Where do they actually have influence and control over, where do they have none? Going through that analysis and realization that they would do well; we would focus on where we have the ability to impact.

We don’t always have the ability to control what comes up, but in that moment of becoming aware of what’s there, we have at least the possibility of choice of how we will relate to whatever we find—an emotion, or a thought. Also, we have agency to work with our thinking and relating to our thoughts that is more productive.

Connect with Michele on LinkedIn