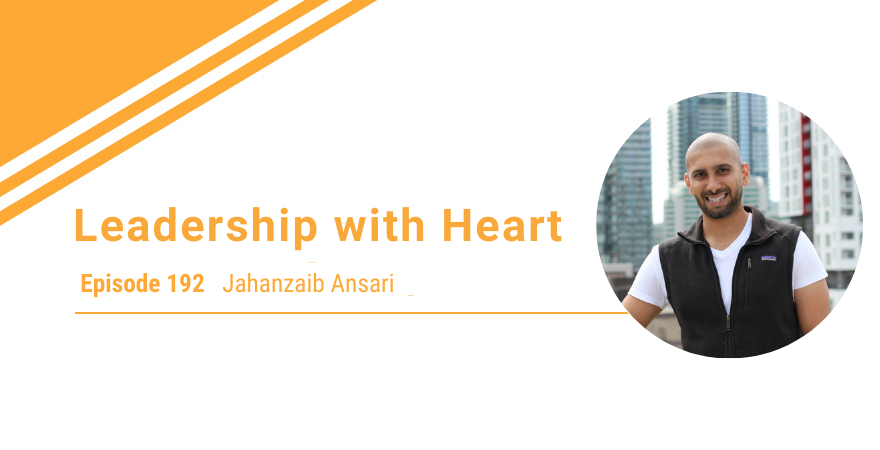 In this interview, Heather sits down with Jahanzaib Ansari, the Co-founder and CEO of Knockri. Jahanzaib’s company, Knockri was founded because of the discrimination he faced in the hiring process because of his ethnic name and his desire for others not to experience any discrimination. He really wanted to make the hiring process as equal as possible for all candidates. His company is an AI-powered behavioral assessment tool that diminishes systemic bias at scale by creating a more diverse and equal workforce. Take a listen.

We didn't start a company and find a mission, we started from the ground up with a mission. - Jahanzaib Ansari  #leadershipwithheart Click To Tweet

Ansari is the Co-founder and CEO of Knockri. He served as a key advisory member to the World Economic Forum’s Global Council on Equality & Inclusion. He contributed his expertise on ethically built AI for selection and assessment to several reports: including “Diversity, Equity, and Inclusion 4.0 Toolkit” and “Global Social Mobility Index 2020: why economies benefit from fixing inequality”. Jahanzaib’s company, Knockri is a result of the discrimination he faced in the hiring process. His company is an AI-powered behavioral video assessment tool that diminishes systemic bias at scale and ensures the hiring of a more diverse workforce. Knockri’s partnered with large organizations such as IBM, SAP, Deloitte, Novartis, and many more. To date, Knockri has assessed over half a million candidates and increased diversity by 25% among its customers. Jahanzaib often receives invitations to share his thoughts on AI, The Future of Work, Unconscious Bias, and Diversity at major events internationally. He was recognized as Innovator of the year by diversity group Ascend, and has been named among 22 of Canada’s most promising young HR professionals by HRD Magazine.

First of all, making money is great, and I won’t deny that. If it weren’t for that, I would be at a charity. However, it only takes you so far. But making an impact on a day in and day out basis is so much more important. That’s why our North Star is to make sure that we can get 100 million people screened, not necessarily a monetary goal. More than anything, we want people to be given a fair opportunity at a job that they are applying to. It’s just such a prevalent issue right now. In my case, it was my name, but for someone else, it could be their gender, race, sexuality, etc. It could be a multitude of things. So from the very beginning, when we started this company, that was our mission. To make the hiring process equal for all. Lastly, we started from the ground up with that mission. It’s been extremely rewarding for us in that sense. 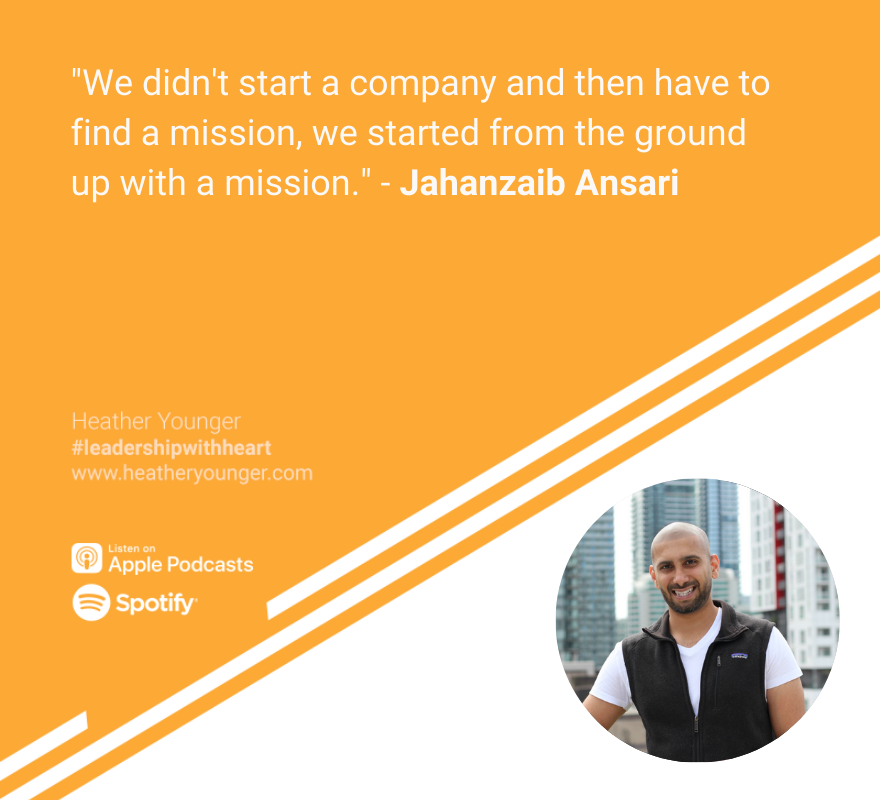 As a leader, you have to tap into all these resources to reach the top because it's not easy, and it's not for everybody. - Jahanzaib Ansari  #leadershipwithheart Click To Tweet

Connect with Jahanzaib on LinkedIn