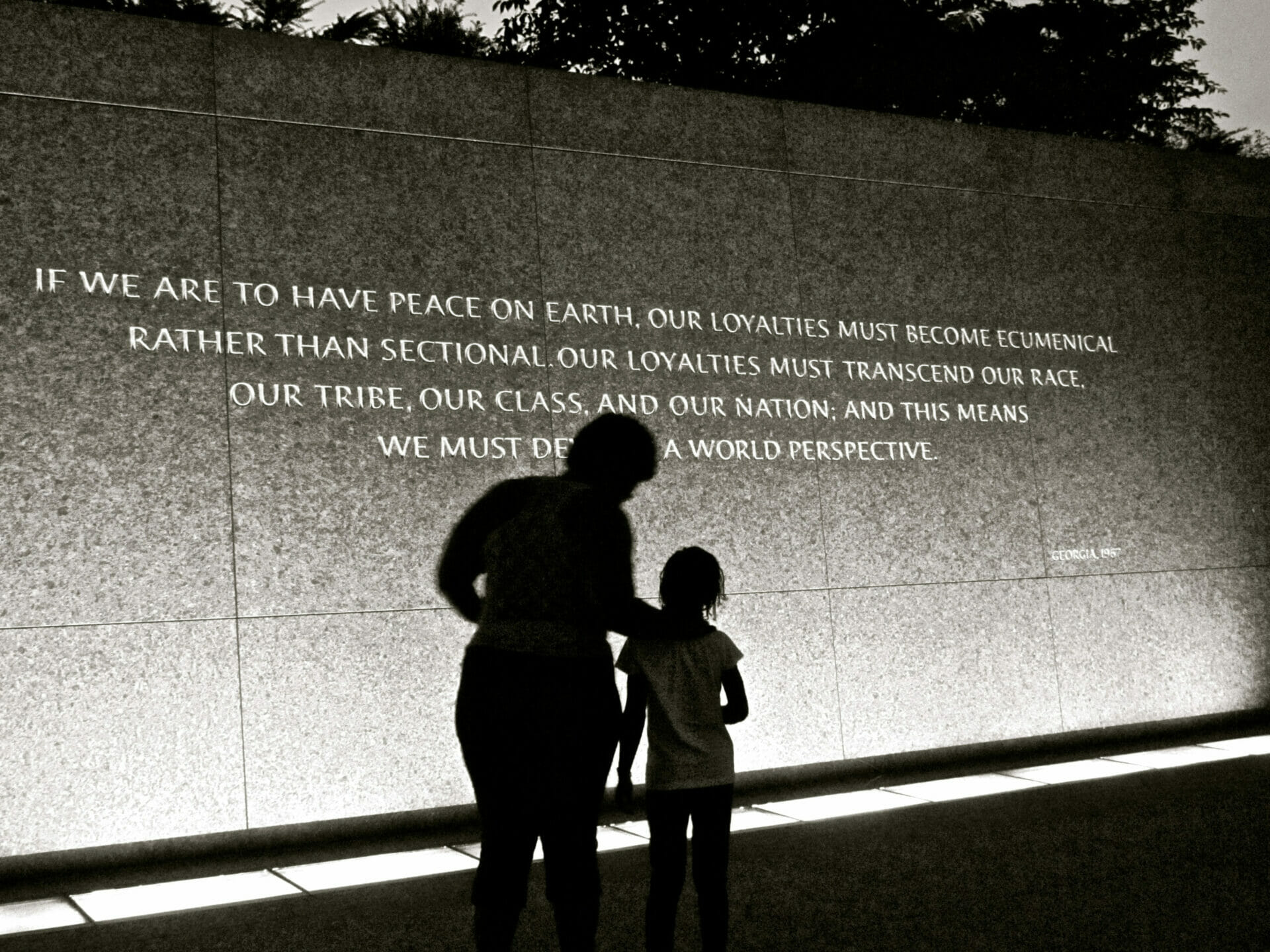 This August marks the 57th anniversary of Dr. Martin Luther King, Jr.’s famed and powerful speech, “I Have a Dream.”

Delivered in 1963 after the historic March on Washington, the influential plea for racial equality and civil justice for African Americans resonated deeply with citizens across social and political divides, and has since been celebrated for its continued relevance.

I have such a personal affinity to Dr. King’s entire philosophy and what he represented as a leader. A little while back, my husband and I were reading his “I Have a Dream” address at the dinner table with my four children. As someone who graduated from law school, the legal system is such a critical foundation for who I am and what I believe in. Even though I’m no longer practicing law, looking at things through that lens makes sense to me.

Now, in the year 2020, I revisit the civil rights leader’s landmark speech for guidance. The era of segregation was characterized by extreme thoughts and acts of violence and a radically polarized political landscape; today, as we navigate another historic period of disruption and division, I’m reminded of Dr. King’s words.

In “I Have a Dream,” Dr. King spoke to the nation, but particularly to the people he saw as his kinsmen. But within that circle he included allies who were aligning themselves with the good fight, who were equally disturbed by persistent forms of injustice.

What draws me most to Dr. King is the fact he was profoundly rooted in our nation’s history, and he predicated his arguments on a legal basis. He referenced the Declaration of Independence, making clear that the cause for racial equality is a human rights issue, not just a color issue. He argued when the Founding Fathers wrote the Declaration of Independence, they were signing a promissory note to the citizens that would inherit the new America. But, as Dr. King clarified, that note carefully excluded Black individuals, instead granting them a check marked “insufficient funds.” Plainly put, the laws this country were founded on did not have the same promise for Black America as it did for white America. And to this day, we are witnessing just how hollow that promise continues to ring.

But what I love about this metaphor is what comes next: Dr. King refused to believe the bank of justice is bankrupt. He refused to believe there are insufficient funds for the opportunities of the nation. He implored his African American brothers and sisters to maintain a positive mindset, to take the high road and not stoop to the level of the narrow-minded majority who perpetrates racism. Above all, he instilled a message of hope in his people– his kinsmen– and he illuminated an exit strategy through education, peaceful protests, calling on your vocal allies, and being the bigger, stronger person in spite of everything that’s happening. To reference his religious upbringing, Dr. King suggested we turn the other cheek.

One line in particular lives one with renewed vigor: “so even though we face the difficulties of today and tomorrow, I still have a dream… I have a dream that one day this nation will rise up and live out the true meaning of its creed: ‘We hold these truths to be self-evident, that all men are created equal.’”

Now more than ever, we have the opportunity to rise up and fulfill that guiding principle, and heed Dr. King’s enduring message of hope above all else. Whether you interpret his words through religion, through poetry and passion, or even through law like I do, I urge you to revisit this moment in history and replenish your emotional bank account, so to speak.

What we need now, is hope.