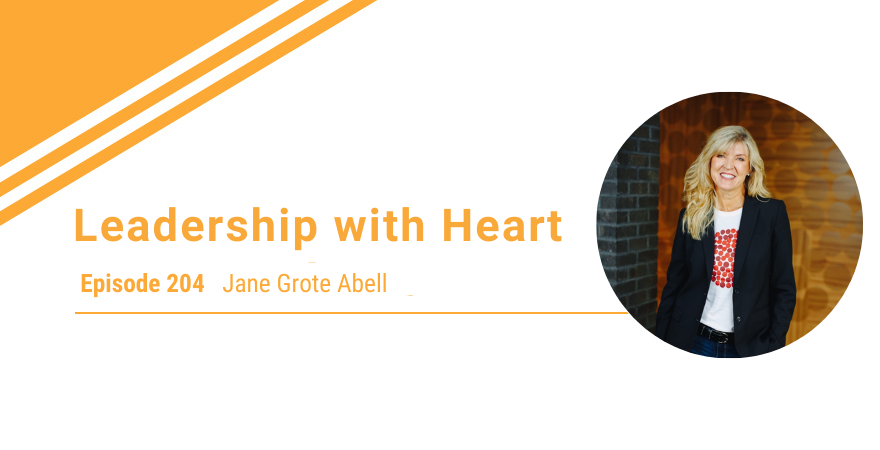 In this episode, Heather sits down with Jane Grote Abell, the Chairwoman of the Board of Donatos Pizza. Over the last four decades, Jane has held a variety of positions at both Donatos Pizza and Jane’s Dough Foods, including Chief Executive Officer. Her father, ​​Jim Grote, and their family built Donatos into a successful pizza chain, then sold it to McDonald’s. After seeing it struggle under McDonald’s, Jane convinced her family to buy the family business back. Since then, Jane and her family have dedicated both time and money to the chain restaurant’s home city of Columbus, Ohio. Jane has been named various titles, such as the YWCA Columbus Academy of Women of Achievement, CEO of the Year by Columbus CEO Magazine, and a Top 24 Women in Franchising by Franchise Update Magazine. Take a listen.

A founding family member of Donatos Pizza, Jane Grote Abell currently holds the title of Chairwoman of the Board. Over the last four decades, Jane has held a variety of positions at both Donatos Pizza and Jane’s Dough Foods, including Chief Executive Officer.

In 2003, Jane was a major catalyst behind the decision to purchase Donatos back from McDonald’s. Following the buy back, Jane led the company through a $10.5 million turnaround.

Since taking over as Chairwoman of the Board in 2010, Jane has had time to focus on work outside of Donatos.

Because her roots trace back to the first store on Thurman Avenue on Columbus’ south side, she and her family remain committed to the area’s success. Evidence of this was the nearly $2 million donation that the Grote family contributed to help a city plan to revive the South Parsons Corridor. She has been an advocate for this project from its inception in 2012 and, along with Tanny Crane, co-founded the Reeb Avenue Center, a social-services center housing 14 non-profits that focus on education and workforce development and South Side Roots Café and Market, a pay-it-forward café and affordable fresh foods market.

Jane is a founding member of the Ross Leadership Institute and serves as a member of the Columbus Partnership and the Otterbein Women’s Leadership Advisory Council. She sits on the Board of Directors for the Reeb Avenue Center, Action for Children, Experience Columbus and I Know I Can.

Jane has received a number of awards and recognitions. In the last 5-years alone, she was named to the YWCA Columbus Academy of Women of Achievement, CEO of the Year by Columbus CEO Magazine and a Top 24 Women in Franchising by Franchise Update Magazine.

If you haven’t read the book, Toxic Charity, you should. I think a lot of us go into less fortunate neighborhoods and assume what they need, and that can be really toxic. Instead of helping, we are actually harming the communities. That’s why one of the things I learned about leadership is to hire people smarter than yourself. That’s what I did, and we put together an amazing team and distributed surveys to get to the bottom of what these people truly needed or wanted. That’s a much more efficient way of doing things, instead of guessing what they need. We distributed those surveys to 2,700 homes and the results were shocking. 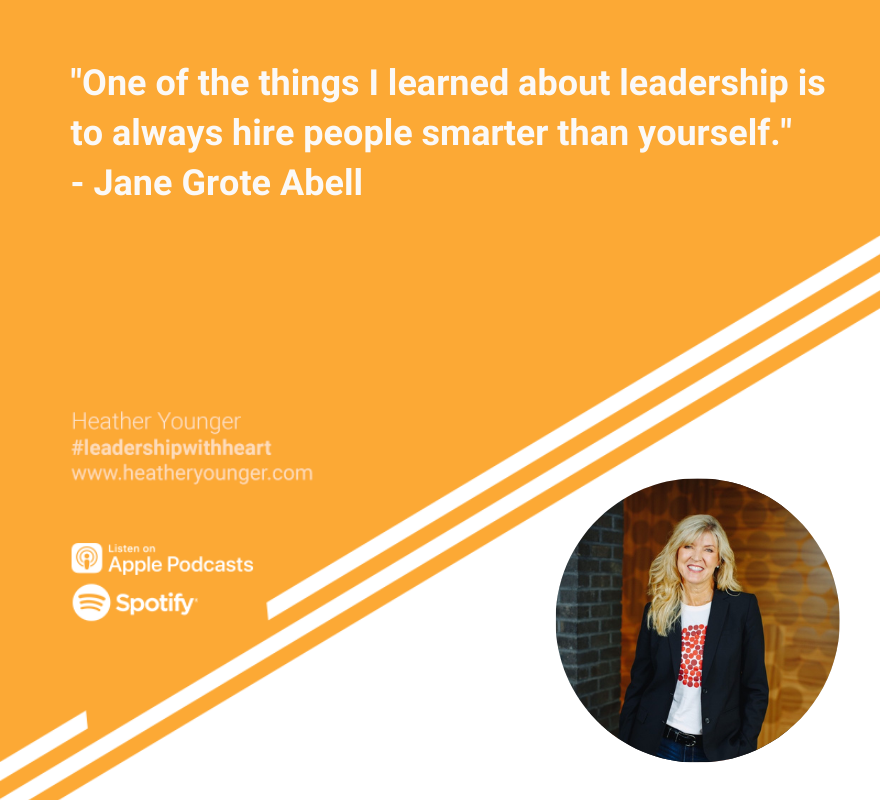 One of the things I learned about leadership is to always hire people smarter than yourself. - Jane Grote Abell  #leadershipwithheart Click To Tweet

Connect with Jane on LinkedIn