In this episode, Heather Younger speaks with Erik Van Bramer, SVP at Federal Reserve Bank of Chicago about his leadership style, his North Star for Leading, a very distant place from where his drive to lead comes from and something key for leaders to remember.

Erik joined the Federal Reserve Bank of Kansas City in 1998 and transitioned to the Federal Reserve Bank of Chicago in 2005. Then, Erik was promoted to assistant vice president and national account executive in 2010. He was promoted to vice president in 2014 with responsibility for leading the group which managed the relationships for the large and complex financial institutions.

Erik holds a bachelor’s degree from The Colorado College and has done additional graduate studies at The Lake Forest Graduate School of Business, The Booth School of Business, and obtained his certificate from the Graduate School of Banking at The University of Colorado.  He serves on several boards throughout the Denver metro area with particular interest in injury prevention and underserved children and communities.

The New Next Level

My focus now is on being better at leading people. It’s about how I feel when I’m leading people, and how the people who work on my team would feel. And it’s very refreshing to find myself more focused on my people: the people I lead, the people I work with, as well as my own personal growth and development. 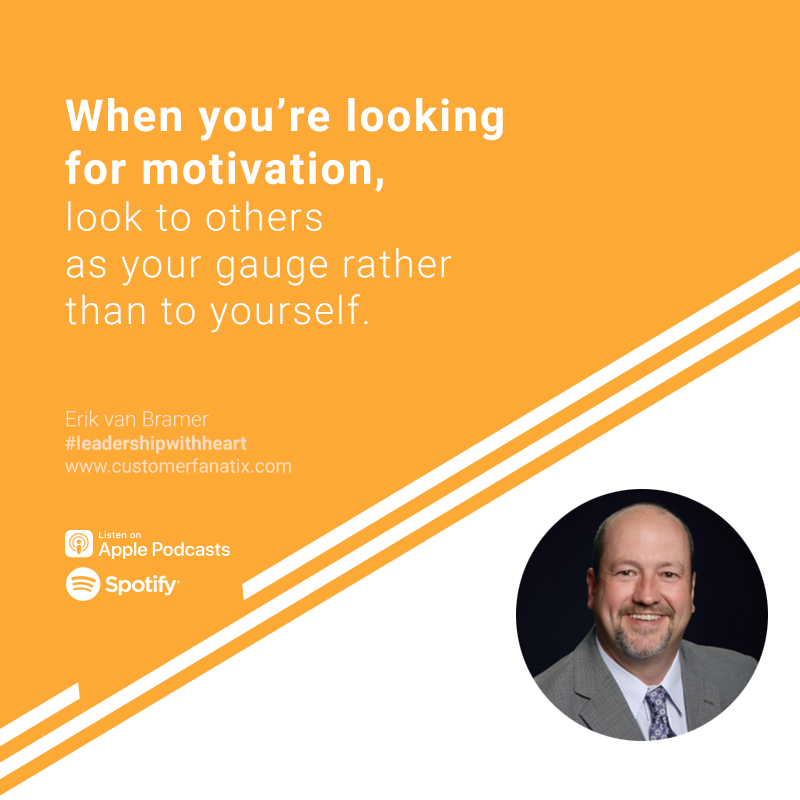 Your success is no longer defined by how you do but how the people who work with you do. – Erik Van Bramer #leadershipwithheart Click To Tweet

There’s a fine line between managing people and treating people differently. When I work with an individual, I try to understand their needs. So, I tailor my leadership to their needs. If a person needs constant feedback, I try to focus and give them that constant feedback. Meanwhile, others are interested in big nuggets and it being more powerful when it’s received less often because they know that there’s strong intent behind it.

It’s one thing to influence your peers. But as I grow as a leader, when I combine influence with authority by setting the tone and the cultures, I found that I had more success. What drove me for many years was wanting to expand my realm of influence as much as I could. And I would do that by obtaining the next level and pushing myself.  Now I’m in a position where I’m more focused on being a better leader for my team and on influencing other people.

I had a point in my career where I wasn’t empathetic to my peers. When I got to a higher position, I forgot to think how it affected them and became more focused on myself and how wonderful this got for me. Once it hit me that I would counsel to care about people, but yet, I was not thinking of the people who helped get me here.

It almost took a slap in the face to see that I need to refocus and look back at why I wanted to be here in the first place. Someone who I’d been really close to with called me out and said, “Oh sorry, Mr. Big shot now. Why don’t you tell us peons what it is we need to do next?” This was coming from someone who I was very close to. The thought that he would think that to me was a signal that I have completely lost my way.

Rather than blaming him, I had to look at myself and realize that I was caught up with how fast my career was moving. It was a brutal moment, but it set me up to see my guiding star of reason once again. Now, I’m not interested or looking for that next step up. If I hadn’t had that moment, I might be frustrated in finding the next steps where in truth I just don’t see them.

Connect with Erik on LinkedIn